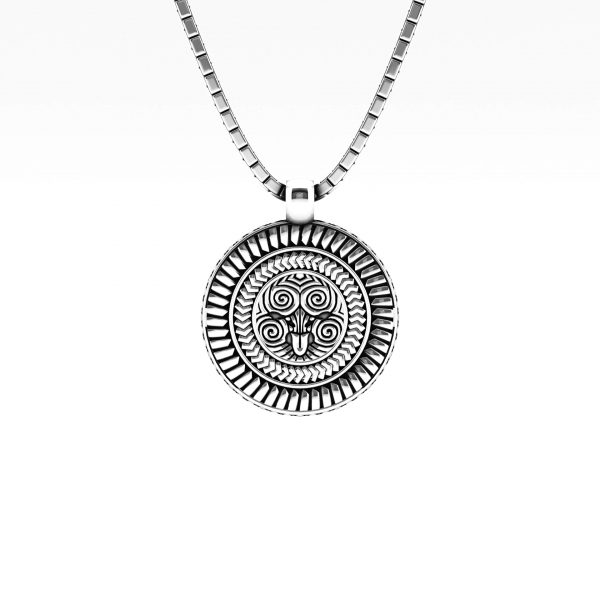 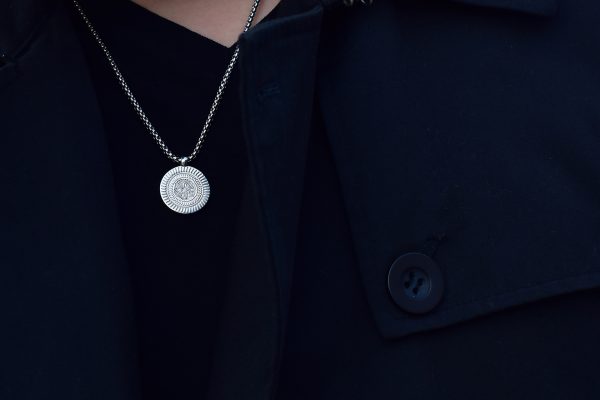 Tribal pendant with a stylized face of a Maori god in the middle surrounded by patterns rooted in the ancient history and culture of New Zealand.